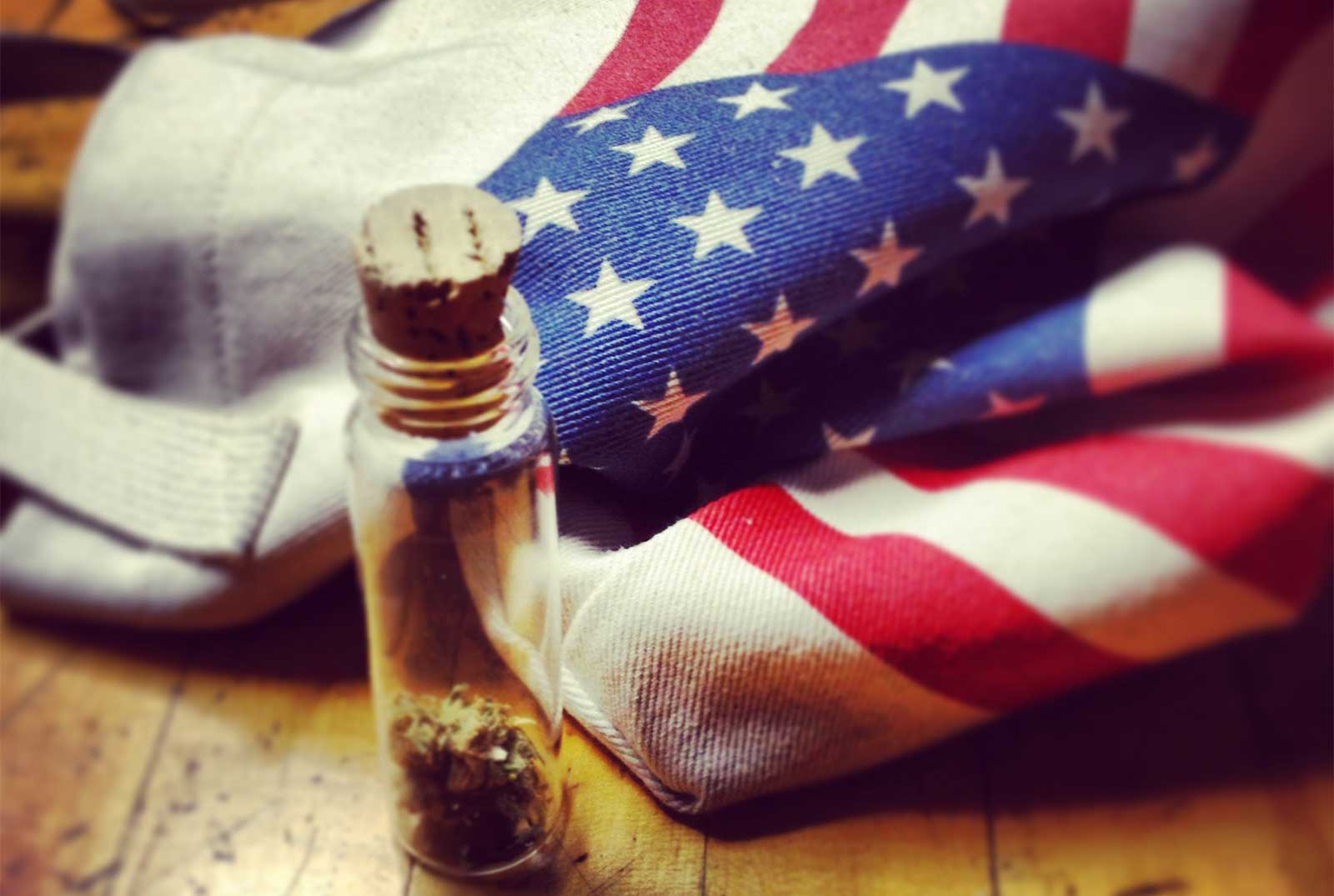 ESTA
Citizens of certain countries such a France, the Netherlands and the United Kingdom often have the option of applying for a visa or an ESTA (Electronic System for Travel Authorization) if they want to travel to or through the United States. If the stay will be short (maximum 90 days) and complies with the ESTA regulations, travellers can apply for an ESTA online. Applicants must answer a variety of questions when applying for an ESTA including whether they have ever been arrested or convicted or whether they are addicted to drugs. Lying is not advisable. Not only is there a good chance that the lie will be caught out, but misrepresenting information will also make things much more difficult for you in future applications.

If you have ever been arrested or convicted for any offense – including cannabis related offenses – you will no longer be able to use ESTA. When you answer honestly that you have been arrested – even if the charges were dropped – the ESTA application will most likely be refused and you will need to apply for a visa at a local Consulate.

Trafficking
Particular problems can be caused when an applicant is considered under US law to be a ‘controlled substance trafficker’. This may come as a surprise to some applicants as the activities they may have engaged in may be perfectly legal in their home countries. Examples of clients we have helped in the past include people who work at cannabis dispensaries and cafes in the Netherlands and anyone in the marijuana and cannabis industries should be extra careful when making a visa application so as not to be found inadmissibility problems. These people are just doing their jobs but can have between one and three admissibility problems, often a combination of: 1) INA 212 (a)(2)(C) – Controlled Substance Trafficker, 2) INA 212 (A)(2)(A)(I)(i) – Committing a Crime Involving Moral Turpitude and/or 3) INA 212 (A)(2)(A)(I)(ii) – Crimes Involving Controlled Substance Violations.

The law reaches even further in a controlled trafficking case – even the spouse and children of the applicant considered to have trafficked may be found inadmissible and denied a visa!

Admission of Guilt
Applicants applying for a visa at their local consulate need to be particularly careful. Applicants do not need to have been arrested or convicted to be found inadmissible and denied a visa – the very act of admitting having carried out the act is considered an ‘admission of guilt’ and thus sufficient to deny a visa.

If we take controlled substance trafficking as an example we can see just how easy it is to fall prey to an overzealous consular officer. The officer may ask any manner of question to find out what the applicant does for work or about their personal life and if any answer leads the officer to believe that the applicant traffics marijuana or cannabis, assists, conspires or colludes with anyone in any part of the supply chain they can be found ineligible for a visa.

This means an extremely wide net can be cast over pretty much anyone involved at any stage in the cannabis industry and even those who may not fall into this broad definition could potentially be tripped up by a consular officer and say something incorrectly – causing them a great deal of inconvenience.

Waiver
Luckily there are often ways to rectify these problems. For those applying for temporary visas such as B, E, L or O visas a ‘nonimmigrant visa waiver’ process can help to remove inadmissibility issues. This process essentially forms an argument which will be presented at the consulate during the applicant’s interview which explains the applicant poses no threat to the United States and that they should be allowed into the country.

We have vast expertise in nonimmigrant waivers for those with cannabis and marijuana inadmissibility problems. Do not wait until you fail a visa application, contact us in advance of when you wish to go to the States. We can help with everything from the visa application itself to preparing applicants for their visa interview and putting together a strong waiver application – saving you time, money and stress.